Discussion on digital transition in construction at CAPEB

Discussion on digital transition in construction at CAPEB 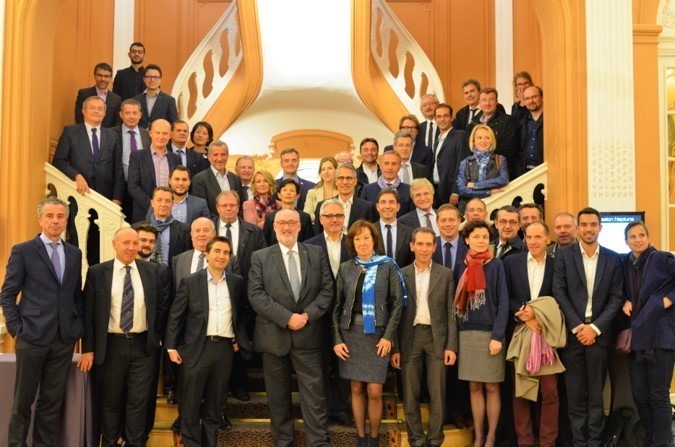 DIGITAL REVOLUTION IN THE BUILDING INDUSTRY

On 3 November 2016, Dispatcher attended the annual Partner Club round table organised by CAPEB. The topic for this one-day event, bringing together CAPEB’s privileged partners, was digital transition in the construction sector.

The day began with an opening speech from the organisation’s President Patrick Liébus, followed by talks from David Morales, President of UNA MTPI, Sabine Basili, CAPEB Vice-President in charge of economic affairs, and Stéphanie Bigeon-Bienvenu, Digital & Communications Director of the OPPBTP, who has written a thesis on the subject.

Digital technology, or the logical modernisation of the construction sector

During the afternoon, a round table was organised to give centre stage to companies involved in digital transition. Dispatcher, BulldozAir and MyCaptR discussed the reasons for setting up their respective businesses and their thoughts on the rapid changes in the sector.

This exchange was doubly interesting because, in addition to presenting the visions of these new players, it took place in front of a representative gathering of the construction sector as a whole, including rental companies, professionals, and specialist material providers (Kiloutou, Point P, BigMat, etc.).